Isaac Albéniz was a composer and virtuoso pianist, a leader of the Spanish nationalist school of musicians. He is famous mainly for his piano pieces, which utilize the melodic styles, rhythms, and harmonies of Spanish folk music. The most notable composition may be Iberia, a virtuosic collection of twelve pieces for solo piano, considered by many to be a profound evocation of the spirit of Spain.

Asturias (also know as Leyenda) is one of the most famous pieces in the guitars repertoire. It is in face the very piece that inspired me to pick up the classical guitar as a young teenage who was at the time only interested in playing heavy metal music.

Many are often surprised to learn that it was originally composed for the Piano and is but one movement from the eight-movement work Suite Espanola Op. 47. It is certain he would not be known today were it not for guitarists playing his music, though he never actually composed a single work for guitar.

This simplified arrangement of Asturias – Isaac Albeniz (arr. Belanger) Preliminary List B No. 1 is transposed to the key of A minor and just presents the introductory theme from the six minute original.

We are in Brunswick West VIC, Australia

Get your FREE copy of our AMEB Classical Guitar examinations eBook.

Joshua has been passionate about sharing the joy of the guitar with others since he first began guitar lessons at age 12. He studied at both the VCA here in Melbourne and at WAAPA in Perth and received bachelor degrees from both universities in classical guitar performance. Read More… 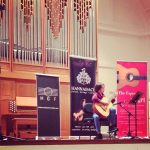 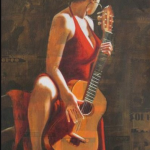 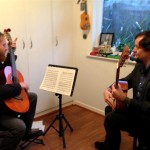 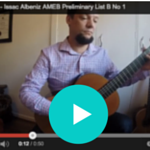 Join Us In Social